This record is sitting in the bin here at & Pens waiting for you. Getatchew Kassa & Soul Ekos Band’s “Bey Lesnabetesh” is groove-laden jammer ala The Ethiopiques but a little thumpier.

listen to this song and dance around your kitchen a little bit.
[youtube=http://www.youtube.com/watch?v=nonGWDxcJNA&w=640&h=480] 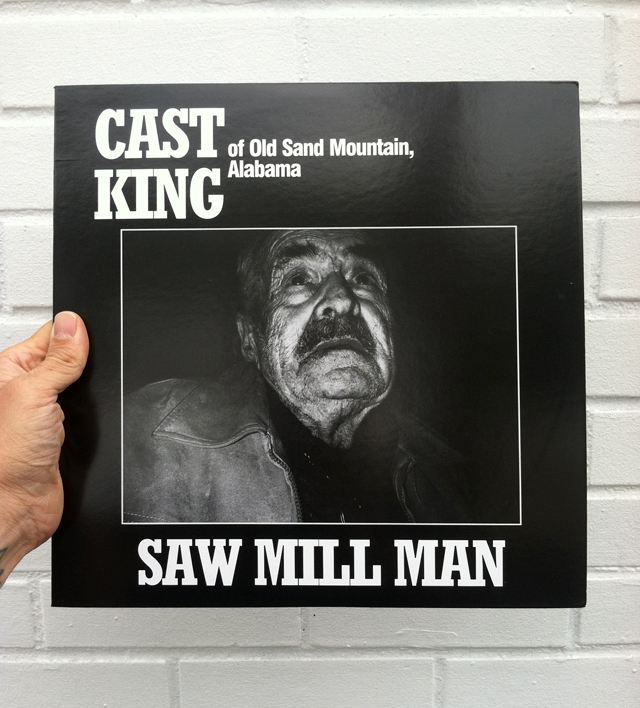 I finally got around to giving this record a whirl on the turntable a couple weeks ago and since then it’s been on heavy rotation. Saw Mill Man, Cast King of Old Sand Mountain Alabama contains 12 sombre country tracks performed by the semi-unknown musician and songwriter from Old Sand Mountain, Alabama – Joseph D. “Cast” King. King’s deep baritone vocals make this record sound almost as if they could have been sung by Johnny Cash himself, but under a fake name. Apparently back in the 1950s, King did actually do some recordings with Sam Phillips and the legendary Sun Records (the same label as Cash), but his career seemed to fizzle out after a couple years and he retreated back into his rural Alabama home where he faded into obscurity.

The story of this record makes listening to it all the better. Back in 2005 Matt Downer, discovered Cast King while doing field recordings of musicians in Georgia and Alabama (which he had been doing since 1998). This record was recorded and released shortly after. Cast was 79 at the time of these recordings.

Pour yourself a hot cup of coffee on a relaxing Sunday morning and this record will hit the spot. Enjoy!

*The record is available for purchase here.