Here we are with our second ever interview on this bloglog. For this special installment we have shared words with one of my favorite guys working out there, Nathanial Russell. This super positive gentleman is a jack of all comedic and psychedelic trades with paint, pencil and all mediums in between. In 2012 & Pens Press published his Public Notice zine, a hilarious zine that you should check out if you haven’t yet, it’s guaranteed to inspire a good crack up.

So here we are, let’s jump right into things: 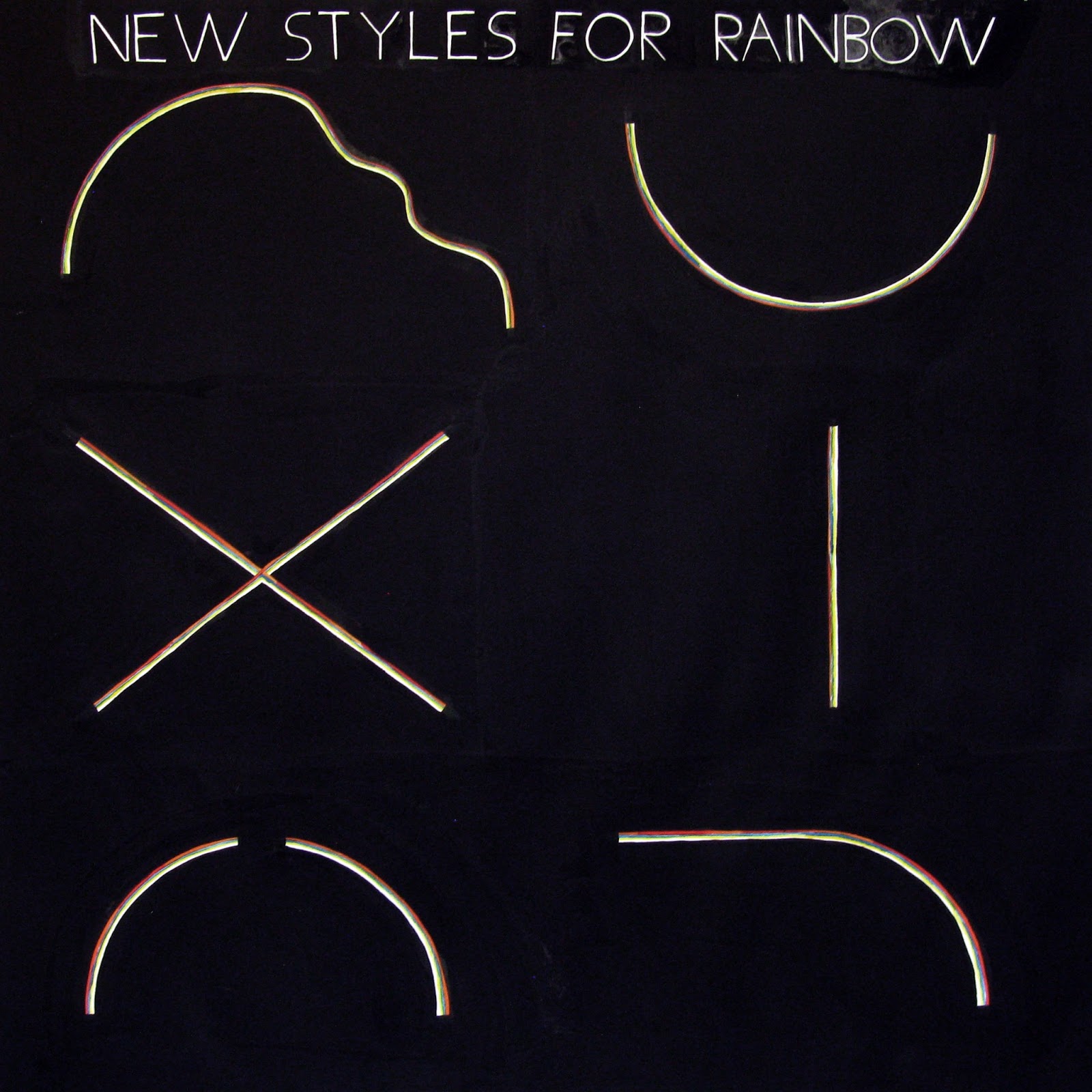 &P:  You’ve been busy this summer, tell us about some of the projects you’ve been working on.

NR: i had an exhibition of my fliers and short videos at the Indianapolis Museum Of Contemporary Art in June. it was the first time i’ve shown that body of work in a gallery setting and i think it worked pretty well. the iMOCA and Service Center were very supportive and really made the whole thing happen.

-i was part of a group show curated by Evan Hecox at Joshua Liner Gallery in new york that i went and checked out. i got to see some good friends and meet some new people, too, which is always the best part of these kind of things.

-i went to Huntington Beach to work on the bowl for the Van Doren Invitational, a skate contest put on by Vans. they built a cement bowl on the beach during the US Open Of Surfing and 5 artists, including myself, got to paint it up. it was exciting for me in one way because i got to meet or be in close proximity to so many people i have admired since i was a kid, people who had a real effect on my path in life. the best part, again, was meeting and working with such a great group of artists and the good people who work for vans. it was a family affair.

-i’m helping with the graphic side of things for the Mollusk Jamboree that’s taking place in Big Sur  in September. i made the poster, some new shirts, and my band will be playing at it.

-i’ve been working on a series of wood cut-outs for the Service Center here in Indianapolis off and on all summer. the cut-outs will be in their community garden and all around the exterior of the building. we’re working up to an event in October and it should be pretty fun. 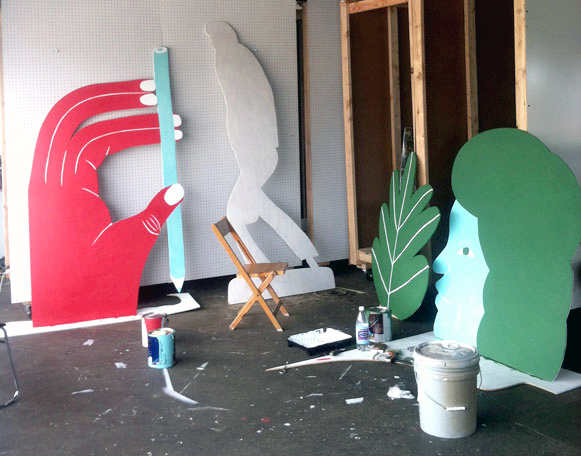 -just finishing up recordings for a record of songs this week. pretty psyched about it. i’ve been hanging out in the basement recording drums and singing and it’s been a real treat. it’s great when that feeling comes around and you can really grab it and enjoy it for a while.

-in the midst of all this i’ve worked on some freelance-y commercial jobs and some collaborations with some of my favorite artists that should see the light of day this fall and next year sometime.

when it’s written down it all sounds like it’s way too much, but i really don’t feel that much busier than normal. i’d rather be working on something than not, but i’m working on that. 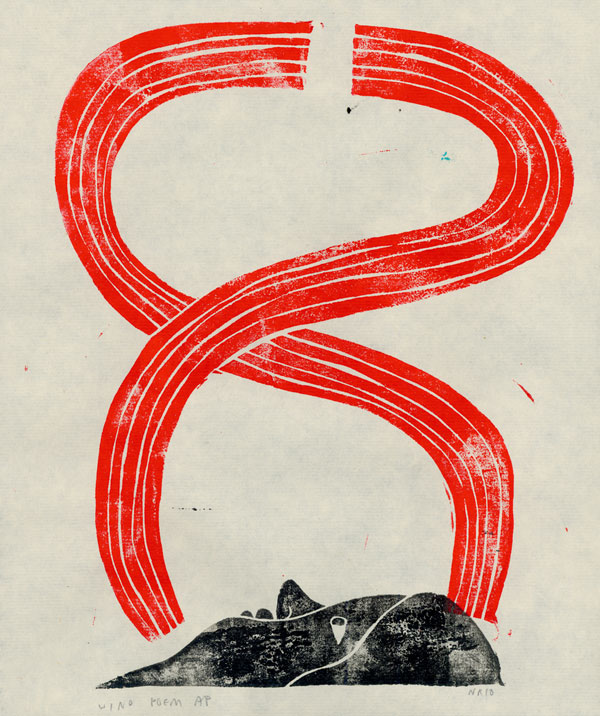 &P:  That’s all sounds fun and pretty inspiring. You work over many diverse platforms, do you have a favorite way of working?

NR: it all comes from the same place. i think i need a balance of forms. it’s good to work big, like on a mural, and then work small, or to see something you thought of as small become large. i like to see things grouped together, in a context of themselves, and that lends itself to books and zines. i think the root of it is i like so many ways of making things: drawing, painting, collage, writing, books, sculptures, records, murals and i just want to do all those things. whether or not anybody wants to see them or that i am successful in the making of them is another story but one that is less important than the actually making of the thing. 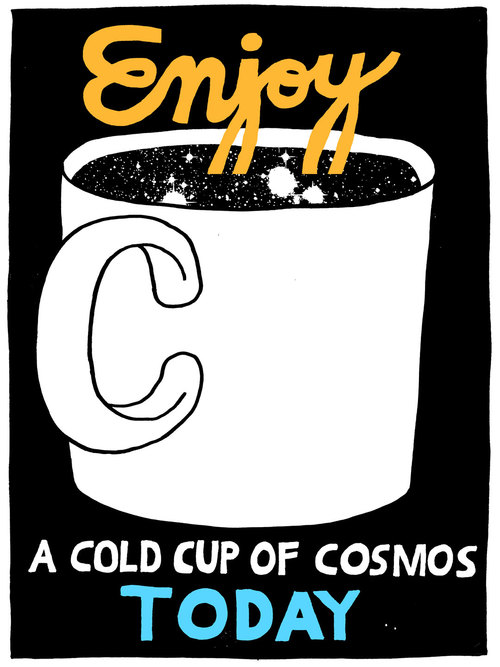 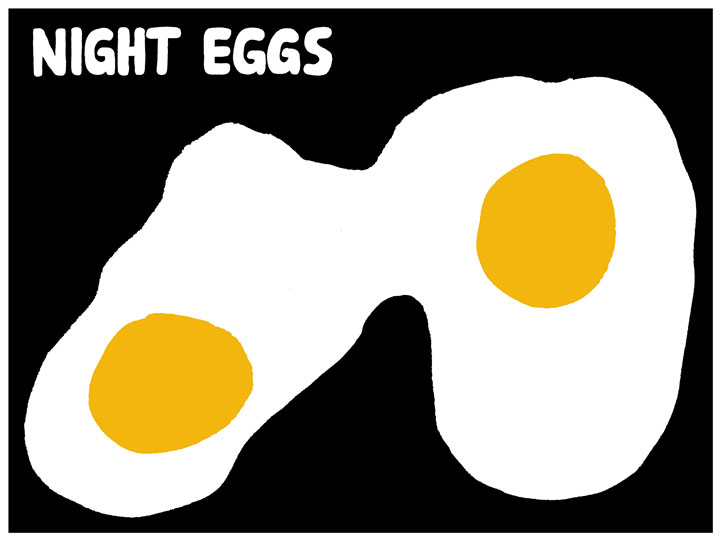 &P: We love your the zines & publications, do you have a new one in the works?

NR: i have one brewing, i think it’s been brewing for a while. i think it will be more like a book: longer and a bit more deliberate. i would say 2014 if we’re being realistic and optimistic. 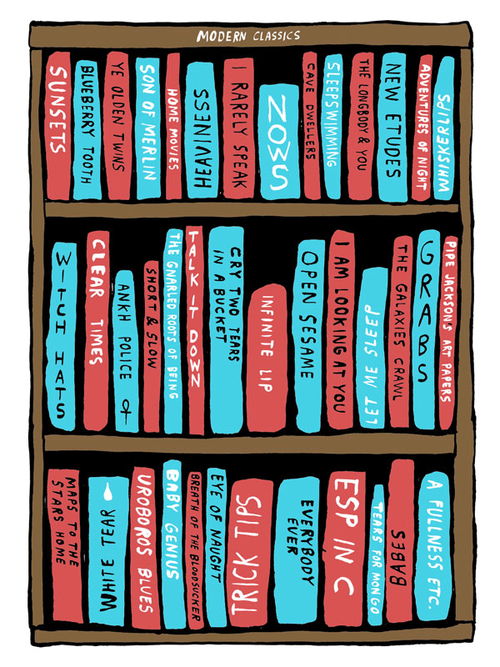 NR:
1. records/books i should get that i have not heard of or should reconsider
2. ways to be rad in every day life
3. what to make for dinner
4. best words to use right now
5. top ten people that want to give me a cabin in the woods in northern california or ojai to live in
6. cool dogs
7. secret chords
8. trick tips
9. painters that everybody sleeps on
10. cookie recipes 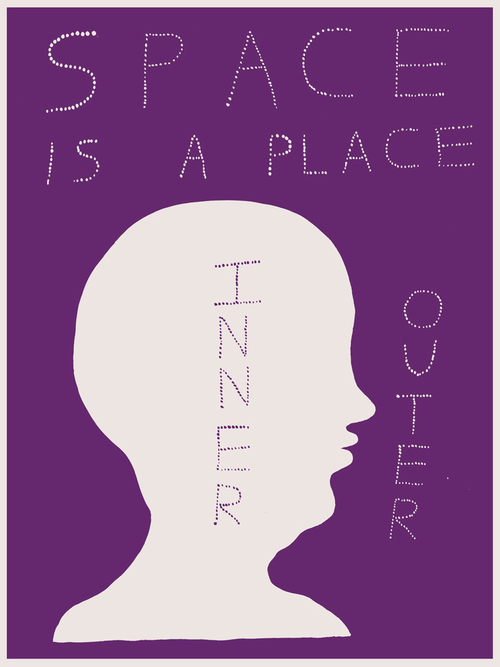 &P: What are you working on right now or have coming up in the future that you are looking forward to?

NR: right now i’m finishing up a bunch of miscellaneous illustration-y stuff, some reissue LP designs, and in the beginnings of what i hope will be a new group of things for an art show. my hopes for the future are: that i get my music recordings made into the vinyl format and sent out into the earth, that i do a new show of some new work in the near future, and that i continue to be able to make things as i like them and for them to be appreciated on some level. i just want to stay busy and healthy and try to do the best stuff i can.

&P: One last thing, can you tell us what a day in the life of Nat Russell looks like?
NR: 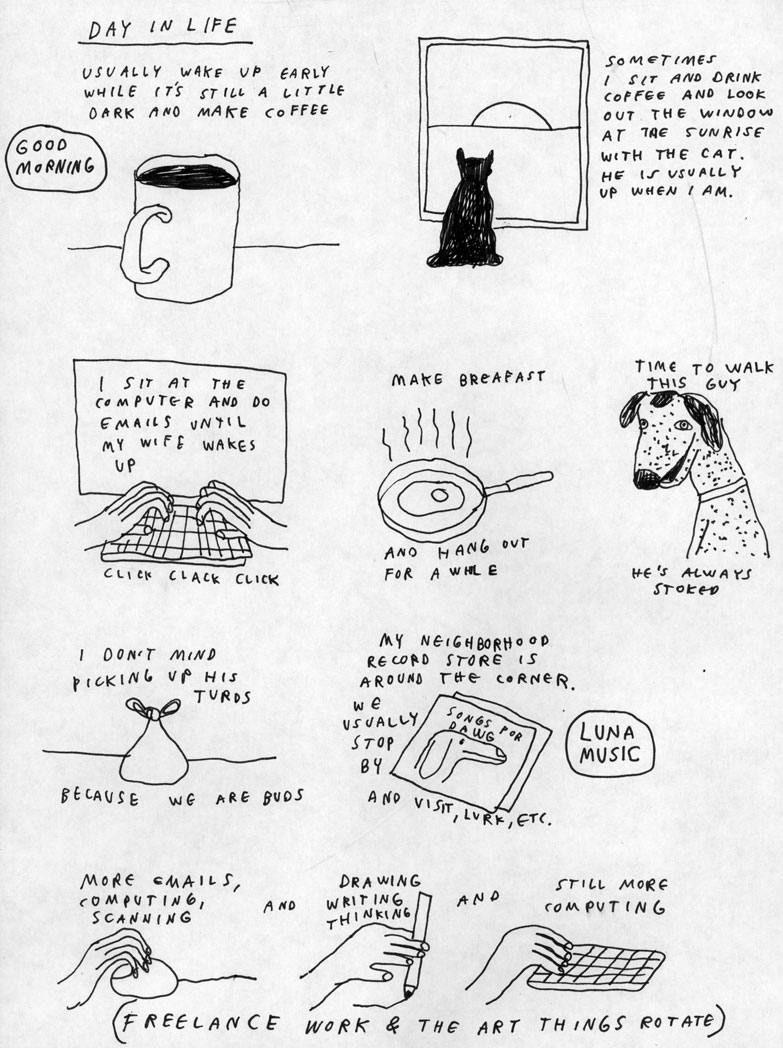 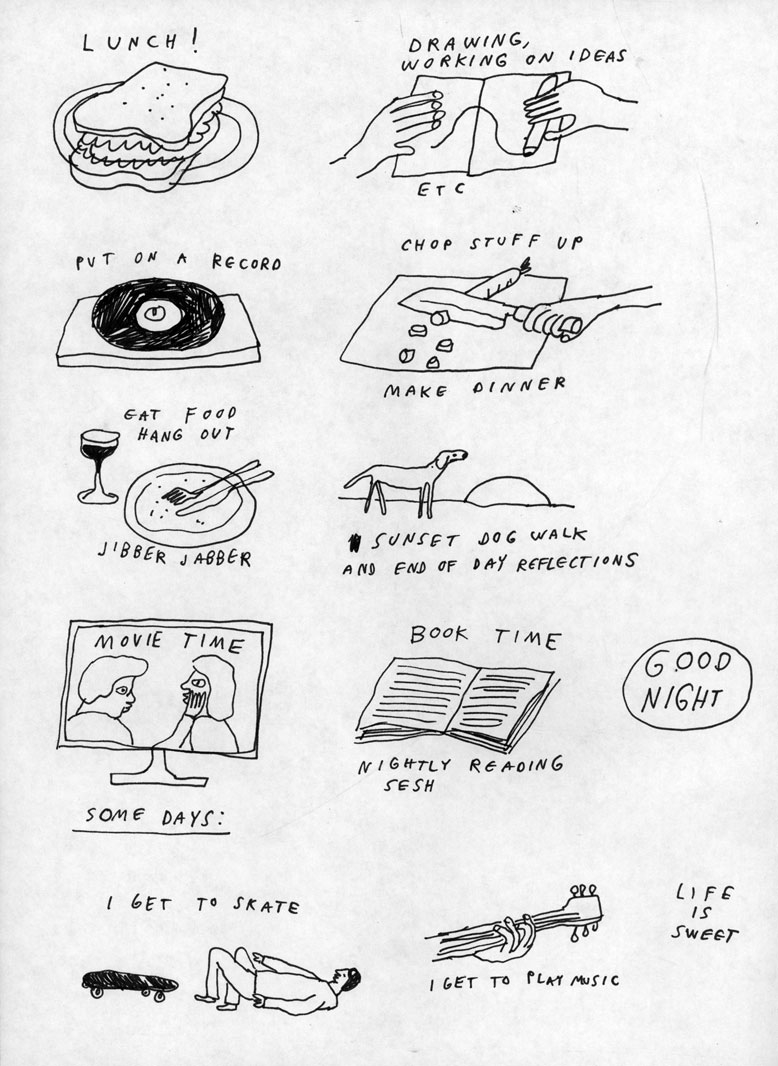